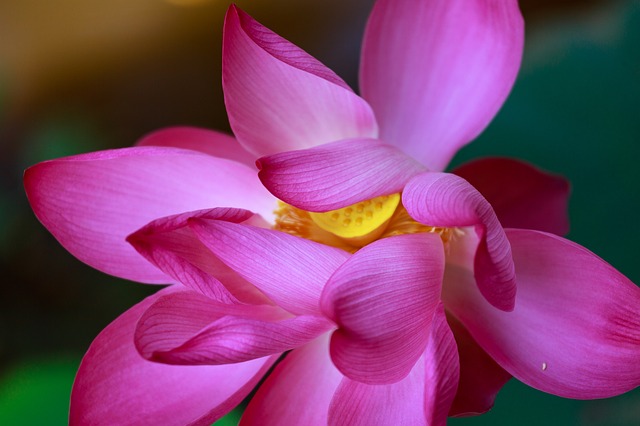 Q: Sexuality has been a challenge for me my whole life. You have spoken about the fire of sexuality. I know a little of that, but for many years it hasn’t felt like that at all. I’ve experienced reduced potency and this has created disturbances in relationship. Now there is almost no sexuality in my life and I’ve enjoyed not having to worry about it. I don’t feel inclined to be sexual with anyone else, but without moving it in my life, how can I continue to go deeper? I feel I need to come towards my sexuality from something different.

Q: Can I do this on my own? Does it take loving, intimate relationship?

Q: So is that the purpose of sexuality, in the end?

John: The purpose of sexuality is for you to move as a being, physically, so to make that meeting and that communion physical through your sexuality – through your hormonal sexuality. The premise of this is that your sexuality, as with everything else, doesn’t belong to your self; it belongs, through your heart, to your being. Kept for your self, through attraction or aversion, puts it out of balance.

Q: You’re talking about a return to innocence and opening the heart?

John: That’s everything. As you return to where you left off, and as you develop from within your innocence in the present state of your self and your life, as everything is being returned through your heart, present in your life to your being, your sexuality will re-awaken. It’ll re-awaken because of the movement of your being. As your being gets to have everything else, it will also come into your sexuality. It’s like you coming into a second puberty.

Q: I’ve had glimpses of that. So I can actively do this on my own?

Your sexuality is your greatest human power. It isn’t a power of your self. It’s a power of your humanness, which is exclusive to the heart. That power doesn’t belong to your self. Used for your self it goes out of balance. Given to your being, it empowers your being. It’s the greatest human power you have that has reach into your deeper levels, that has reach into all of your being and is able to bring your being right up into the physical, into your self, into the person. Your sexuality, given to your being, has unlimited reach. It’s reach is directly into meaning and it has unlimited capacity to express meaning that it has reached into.

Q: Can it be that at a very early stage I experienced a lack of meaning around sexuality? I always wondered what it was really about. Or have I turned away from it because of pain or shame?

John: That didn’t occur because of something happening. That occurred because of what you were being in what happened. When what you were being was different from your own being, then through a distorted beingness, or a tightness of being, you separated from what was real. That alters your perception and experience of sexuality. For each self that manifests differently, but in every self it manifests as a lack of meaning.

Q: Does this mean that I should not involve myself in another relationship until I’ve grown deeper into my own heart and being?

John: Yes. Because if you start a new relationship you’ll use how you relate in your self to others – you’ll use your training – to be in relationship. It will all be sweetly dusted with touches in your heart, but what will be predominant is your self.

Q: And that goes for both, which means that I would have to find someone who is coming from the heart and the being.

John: Basically, you become, from the inside out, the kind of being, heart, self and person that you would most want to marry. It doesn’t have to take very long. The quicker it is, the more disturbing it is.

Q: Does it also imply that at that stage you might be just as happy on your own?

John: Yes. Then, the only reason that you would enter a relationship is because you are deeply, quietly clear. The impetus doesn’t come from your self; it comes from a depth of clarity that’s made of knowing. It has no polarization in it. It has no charge in it – nothing positive, nothing negative. It’s you, as a being, freely seeing, in your forms, someone else and being clear from the inside out to be together for what you are clearly coming from. It isn’t for reasons of relationship.

John: To see how sexuality moves as a being, you get a little idea in seeing a baby smile. When a baby smiles at you, through the unseen levels in the baby the baby moves in them and expresses through its self that is already developing, and reaches way into you. Not just meeting: the baby enters you, accesses you and elicits a response, and any little bit that is open in you, the baby reaches in and gets you.

Hormonal sexuality belongs to that movement. 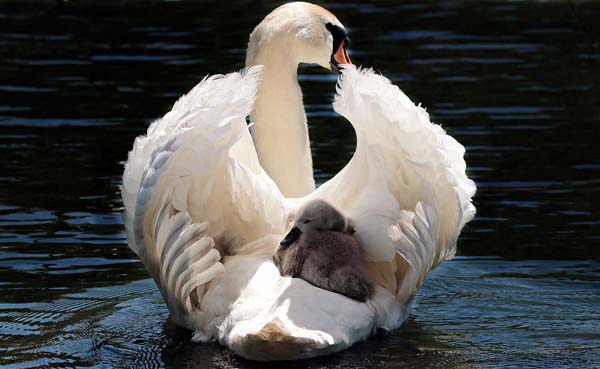 Q: Lately I have been having panic attacks. I’ve had anxieties as long as I can remember and I feel I’ve trained my nervous system this way. I wish I could let go more and relax, like a child in her mother’s arms. Can you help me with what to do when this panic comes up in daily life, when I’m at work or with other people? It scares me.

What creates the distress in your nervous system isn’t the pressureful circumstance that you’re in. It isn’t the lack in your self. It’s what you’re being in that, you being the same as what you’re experiencing instead of being what is just a little bit deeper than you’re experiencing. Then, instead of you being distressing to your nervous system, you are a little bit like ointment to it.

Q: What would that look like? I often feel as if I’m trying at that point to be a little bit deeper, but it’s still quite hard for me not to believe what I’m experiencing so strongly. 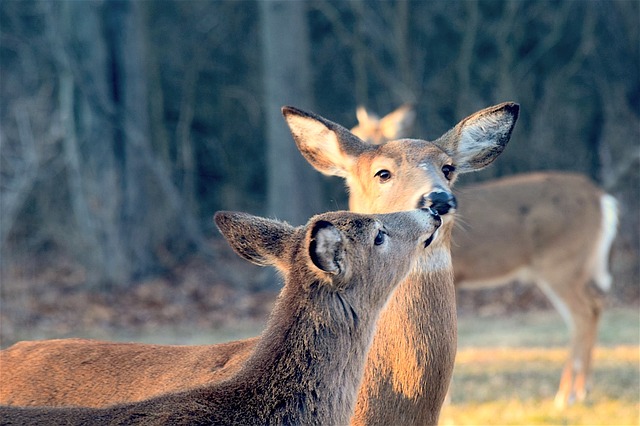 Q: I’d like you to help me look deeper at a pattern of mine. I keep falling in love with men who seemingly don’t want a committed relationship. I can see the reflection of my own lack of commitment and maybe even lack of loving, yet I do feel that the love is very genuine.

Q: The man, and the love for truth.

John: Leave out the first one! Let your whole life turn into the second one. Without your whole life turning into the love of the truth, you won’t be with a man rightly.  You’re trying to find, from a man, what you lack in the love of the truth. When you’re going to a man and trying to find in him what you’re lacking within, that is exactly the kind of man who will be attracted to you, so you’ll be teaching each other the lesson that each of you needs to learn: that you cannot find, without, what you’re lacking within. It will never stop until you do, but for you to stop will have you facing everything that you’ve been running away from.

Q: I can see I need to stop the neediness part, but loving from the heart, too?

John: Loving from the heart, but not using that to get from a man what you can only have within. If you cannot have it alone, within, with neediness quieted, then you will not be able to sustain it without. The ‘I’, being in right relationship with what it knows, is much easier than the ‘I’ being in a real relationship with another. The more that you gravitate to what is actually more difficult the more that you are avoiding what is actually easiest within.

Let your own foundation heal and come together rightly, then you can join, healthfully, with another. 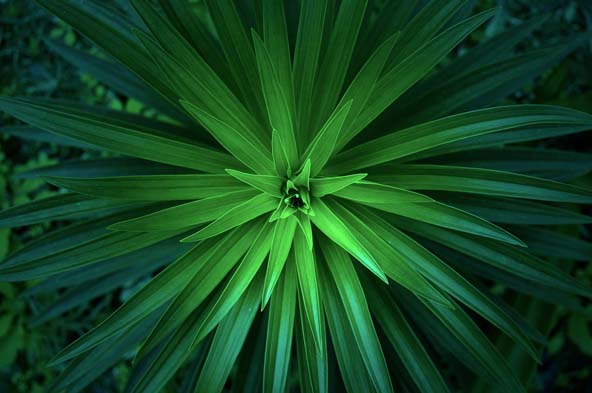 Q: My husband and I worked very hard last year and didn’t get promoted. What can we do to have our work recognized? We work very hard, do our duty, but there seems to be no justice.

Q: I’d continue in the work I’ve chosen, but I am looking for justice and recognition in our workplace. Others seem to do things that aren’t honest or true in order to be promoted, while we do all we can to be good, honest people and work hard.

John: What you’re looking for, you won’t be able to find. Even if you would find recognition and justice, what will you do with it?

Q: I will do what I think is my duty. I believe in justice and it’s not easy to find.

John: Do you get angry with your husband?

John: If you ever get annoyed, frustrated or angry then you’re lacking self-respect. Whatever lack there is within your self will show outside of your self. If you’re going to be climbing a ladder without, you won’t be able to do so wholesomely unless you’re bringing all of those around you, with you. It cannot be for your self. If it’s to be wholesome, it has to be for the whole, which would involve a total change of perspective. Then it wouldn’t be about you being promoted; it would be about the very best one to be promoted, otherwise you’ll always be in a race, competing with others instead of being with others.

Real justice isn’t about you being promoted. It is about the very best one being promoted, and it’s not for that one. It’s for the whole, so that the quality of beingness within the whole increases. Otherwise when you get what you want, someone else won’t be able to. When you arrive at something good, within, it leaks out to everyone. It doesn’t matter how much you achieve if it doesn’t include the whole of everyone. If you make it and others don’t, then you’ll have to go back because you haven’t really made it. Exist so that the highest goodness can unfold within, and then continue to unfold without. If your manner of moving ahead isn’t of the highest goodness, then your moving ahead isn’t good.