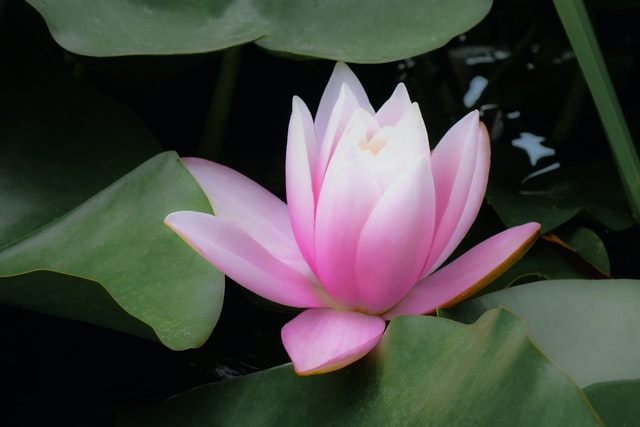 What Is True Compassion?

Q: Can you teach me about compassion? What is compassion for we humans?

It’s easy to develop a false compassion by having a story in your self in having compassion toward people. That develops a need for people to be in difficulty so that you can be a compassionate person, and ends up exploiting those in difficulty.

Q: What is the expression of real compassion? How can I understand it?

John: In understanding it, first have no personal need to have compassion. If you have the personal want and need to be compassionate, you’ll easily self-create it. It won’t be clean. Real compassion is clean of any kind of self-involvement.

Q: I often feel not compassionate because there is no need in there, but I’m not sure if it’s real.

John: Where you’re not sure, just be in a depth of quietude within. It’s in that quietude that you are in a deeper level of listening within – not looking for anything, but available. You’re available to know and to see.

Q: What about when that need for an answer comes from someone near to me? Do I just stay quiet? I often don’t feel compassionate …

Don’t move quickly into application. When you have such thinking, sit in a depth of quietude within concerning the thought, so what you turn into is openness concerning being compassionate, without you manufacturing the movement, creating the movement, so it will grow in you. There’s no need to create it or to push it. Let it grow where it grows.

You don’t want to turn into a helping person. If you create the pattern of being helpful to people then you are not, from the inside out, in a movement of love that is available to help someone. You’ll be pushing it. It’ll be about how it makes you feel to be able to help people, and that’s not real.

John: Yes: very much so.

The love, as it moves, is a natural movement of what you really are. It isn’t self-generated. It doesn’t come from your sense of your self. It doesn’t begin with your thinking and your feeling. It begins with you. It begins in a depth of quietude, and from there it moves.

If someone telling you about your lack, or what they want from you, directs you to move into a quietude within – you won’t move on the surface or give what that person’s saying or asking for just because of the asking – the asking directs you to your deeper interior for you to know. And you are open to know. You are open to see, but you’re not going to move just because someone says something to you.

When someone wants something from you or says something negative about you, such as that you’re lacking love, where you are seated in your usual sense of self that will bring up emotion in you: not just feeling of lack but a stronger emotion that you have lack. As soon as you have an emotion concerning what someone is saying to you or about you, you’ll want to move into action to bring closure to that emotion.

When what someone is asking from you or says to you of your lack hits your emotional body, it’s most important to be quiet. That makes you available to listen to what you actually know the truth of within. The subject can be opened by the other person, but you don’t move in the way that person wants you to. Your movement is into the quietude within, where there you are listening to what you directly know and see. If you don’t know or see anything, you just stay quiet.

Emotionally, that’s even more exposing, but as great as you feel that exposure inside, don’t move away from the quietude. If someone builds a fire around you, inside, you don’t move. You can say such things as: you’re open to what they’re saying, you’re open to any kind of change, you’re open to look at anything inside, but you’re waiting to see what you actually know and what you actually see about what the other person’s saying about you. And if they put pressure on you in wanting something from you, or not being satisfied in your response because you’re not going into movement, don’t do anything to fix the pressure. Just be quiet, and you could even say that you’re open, but you don’t know. Stay empty rather than move.

Q: Are there moments where it’s good to ask my self if I’m in the right place when someone tells me I’m wrong? It often feels like self-sabotage.

Let a deep listening within replace all performance orientation.

If you have such a walk as this, others will reject you for it because they’ll speak of your lack, and if that moves you into a deep listening within to what you know and see, and you don’t go quickly into movement, then that exposes the other person so they start to feel their lack, and they’ll need to make your lack about your self. They’ll project it onto you, so they’ll increase the pressure. They’ll increase you needing to move in the way that they want you to move.

Q: What can I be in that moment?

If you live this, your usual sense of self will die and a deep, quiet, nurturing sense of your self will slowly start to live and grow. You’ll live letting love quietly take over your self, but you won’t live using your self to protect your self.

Q: That’s so beautiful! Is beauty also a story?