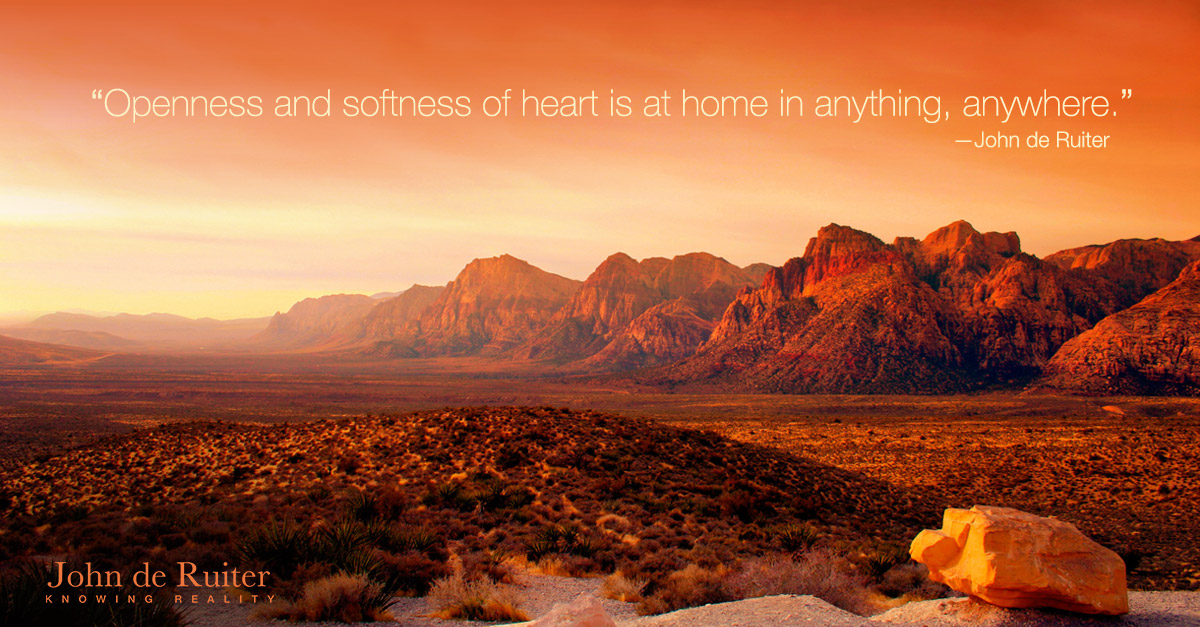 Quieted in Your Sexuality

Q: I had a dream I want to share. There were two men that wanted to kill me and I did everything I could to hide, to escape. I stole a car and left them behind. Finally I found the place very remote and hidden where I was safe, and the men were waiting for me, and said, ‘hello, here you are.’ I knew they were going to kill me, and I knew I was able to stop the dream, but there was some kind of curiosity to see how it would go and they killed me. It was only quiet. I woke up and the first thought I had was ‘I could have had that quicker and easier without all that running and hiding and trying to escape.’ Is that something that I would see on my deathbed if I don’t immediately, fully respond to what I know?

Q: Was the curiosity a kind of relaxation? It was clear to me what would happen and there was no fear.

John: You have it lower because your heart is opening, even if you can hardly feel it.

Q: When you said everything is pounding open, it feels like since then I was closing on some level. On another level it feels like something different is opening, but it comes from beneath the heart. This is a different opening now, from some years ago. It feels more direct and real. There is a sense that something is coming together. This really has to do with me.

Q: Womanness has to do with the base chakra, and with sexuality?.

John: A surface sense of security has to do with the surface of your womanness. When you are all about your security in your self, you’ll be living in a surface level of your womanness, which is a masculine use of womanness. As your heart opens and the opening of your heart begins to settle deeper into you and deeper into your self, your deeper heart opening, as little as it may seem to be, begins to affect your sexuality in a way that’s uncommon to you. It’s a different level of your sexuality that moves.

Q: Yes. It has less to do with sexuality I am familiar with, but feels more like a basic life energy.

John: It’s a nurturing life energy. As that moves, there’s nothing for you to do with it. All there is is for you to be warmed in it. Be warmed while your lower energy center opens from within a deeper level. It’s a deeper level of that energy center. For you to be in the midst of that in the same way you know to be in your heart, just quietly warmed, what you really are gets to come a little bit more into form and have more substance. Your own being through that level is beginning to come into your body and into your experience in a way that is thicker. It’s your own being having fuller access into your existence, your being coming into existence.

Q: I have a really subtle sense of that.

Q: So, this is why I have the sense of hearing differently?

John: Yes. For this to move in your body is safe. There isn’t anything for you to do with it. It moves in whichever way it does and you are simply warmed in it. When you’re warmed in it, it is your own being that continues to move as your sexuality moves.

Q: It’s drawing me deep down, but it’s only safe as long as the figure of 8 is not interrupted.

This is going to bring up a depth of womanness that isn’t characteristic of your self. It’s altogether deeper and more than your self. This brings up a level of womanness, a depth of real womanness, that you’re not experienced in. You need no prior experience. By opening and softening in your heart you know your way in this.

Q: It feels like you’re opening a new land that’s laying in front of me.

John: Live in this land. It’s your new ground. Its movement is based completely on you just simply remaining in your heart. Regardless of how this can be of any kind of turbulence to your self or in your self, you remain gentled and quieted, warmed in your heart, and all is good. It isn’t just a different sexuality. What comes with it into your self, into your body, and into your life, is a different reality. It’s the reality of your being landing in your self. Everything that it lands in, it changes. If you were ninety years old and this occurs, it would be the same. It’s a different level of your body that moves by different laws. They’re laws by which your being moves. Without these laws, your self couldn’t even exist, even though your self is not yet coordinated with these laws.