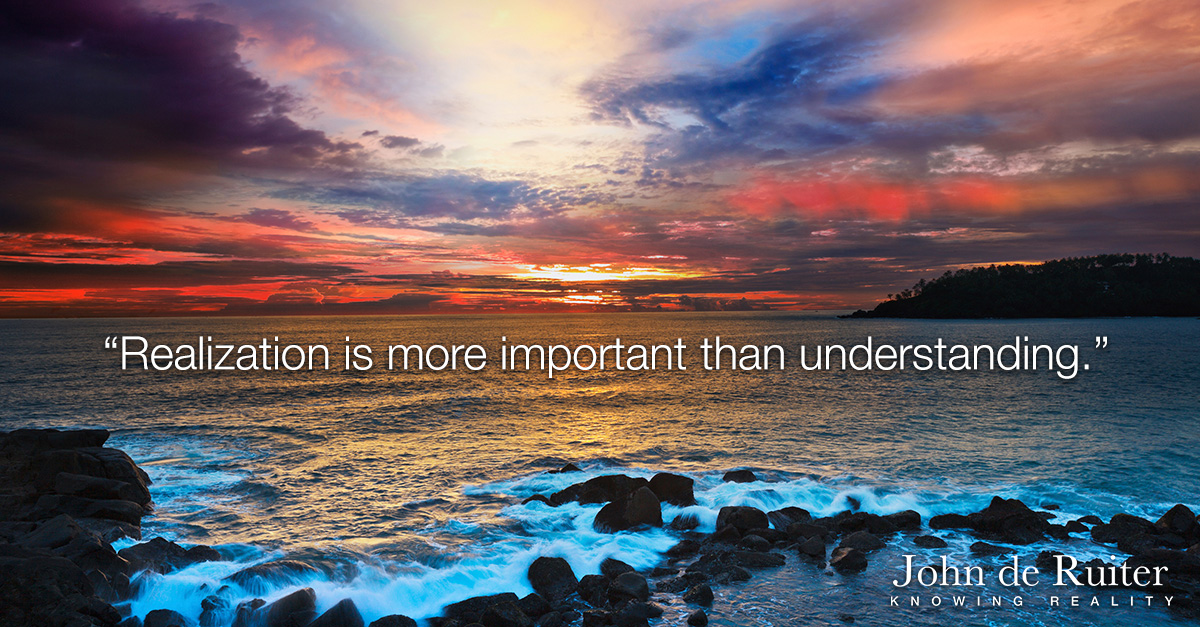 Q: I would really like to continue the conversation we had earlier about relationship, when you said that in a dear relationship you move as one heart. Is it that a new heart is being created from the two of us?

John: Yes, similar to that. He was the ‘husband of’. Now you are the ‘wife of’. Next, the two of you are husband and wife on a completely different level. Before he was the ‘husband of’ your awakening. Now you are the ‘wife of’ his awakening: you stepped in, he stepped in. The ground of your relationship can no longer be what it was. It can only be about what each of you has stepped into.

Q: To be the ‘wife of’ is to give everything to him?

Q: That will create new ground for us to live and walk on?

John: Yes, ground that doesn’t involve your selves. As you live that, your self will change.

Q: I have the sense that it’s now more important to give everything to his awakening. It’s all about the togetherness now.

Q: But I have a different sense, now, of how we can be together. Maybe it has to do with the one heart, that we can move differently together in more oneness, and to give everything to that.

Q: Is it also when the deeper levels of our bodies are joined in that?

Q: And all of that eventually creates that one being that you spoke about?

Q: Is it different in function than each of our individual beings?

Q: When I try to relate to my deeper levels, it’s almost impossible for me to separate them from his.

John: You don’t need to separate them.

Q: No, but you said to relate to my deeper levels and then to his, but it’s naturally moving into one.

Q: How does it show on the more superficial levels?

John: On a superficial level, you can have differences without either one of you empowering those differences, and that brings the river into your differences. Within the differences, you are then so together. It’s what your relationship is for.

Q: When we move as that, in a relationship, what does that accomplish?

Q: My sense is that also it would speed up our integration.

John: It’ll speed up your evolution as awareness and it’ll provoke the same in others.

Q: I have the sense that we have to find our new movement.

John: Yes. The movement is entirely based on deeper levels, on the movement of streams in your being and his.

Q: So the together movement for each couple is different?

Q: And moving together as one has more weight than just one of us moving that way, and has a greater effect on others?